A. Work in groups of 4. Look at the pictures below and discuss the questions

B. Listen to the radio program. Underline the correct alternative. (Audio 8.8)

D. Work in groups of 4. Read the paragraph above and discuss the questions

E. Work in groups of 4. Conduct a survey on the social media habits of the teenagers at your school.

Prepare your survey questions. Write at least 7 questions.
• You can use online survey generators.
• Ask your questions to 30 students at your school.
• Record the results of your survey. 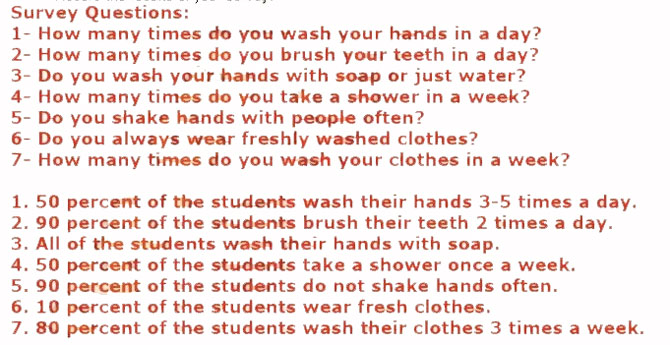 F. Use the results of your survey to write a paragraph for your school magazine. Activity C can be a model for you.

G. Work in pairs. Take turns to ask and answer the following questions

1. Do you prefer a tablet or a smartphone? Why? I prefer a smarthone. They are more functional.
2. Would you rather use a PC or a notebook? Why? I'd rather use a PC. I play video games and PC's are better at running video game.

H. Work in pairs. Take turns to ask your partner how he/she would like to communicate in the following situations.

1. You’re having a great time in a foreign country. You’ve taken some beautiful photos, and you want to share them with your friends. I would post them on social media.
2. Your uncle lives in another city, and it’s his birthday today. You want to say “Happy birthday!” and you also want to make him very happy.  I would send him a gift and a birtday note.
3. You’re away on a school trip for the weekend, and your parents want to know what you are doing. You have to inform them. I would send them a letter.
4. You want to give your best friend some good news. I would talk to him/her directly.

I. Work in groups of 4 and discuss the questions. Present your group’s opinions to the class.

J. Read the following text. Write a suitable title for it. The World Wide Web

L. Read the text again and answer the following questions

1. Why did Tim Berners-Lee invent the World Wide Web? He wanted to make a pool of information for scientists all over the world.
2. Why was his invention important? His invention changetd everything. People got the chance to access information worldwide for the first time.
3. When did social media sites start? They started in the 2002s.
4. How many people use the Internet every day? Billions of people use the internet every day.
5. How many messages do web users send every minute? They send hundreds of millions of messages every minute.

M. Discuss the questions with your partner.

1. Which piece(s) of information do you find the most interesting? Nearly 60% percent of the world population don't have acce to Internet.
2. Read what Tim Berners-Lee says. Do you agree with him? I aggree with him.

N. Work in groups of 4. Think of some advantages and disadvantages of the Internet. Make notes below. Then use your notes and share your group’s opinions with the class.

O. Read the text below and complete the sentence.

The text is about people’s opinions on Social media.

Q. Read the text again and answer the questions.